In the wake of record-setting protests that smothered proposed bills to end religious exemptions for vaccinations in New Jersey, a host of new, state bills have been introduced in statehouses. These new Bills promise to remove any personal or familial barriers between pharmaceutical products and the nation’s children in 2020.

This increasingly manic, desperate push to erase parental rights, religious rights, personal consent, and even in some cases, free speech comes at the point of a liability-free needle.

This kind of un-American legislation has triggered a groundswell of support among legislators, stirring those with integrity, awareness, and parental instinct to side with ‘The People’ in what’s increasingly transforming in a ‘vaccine culture war.’

One of the standouts on this front has been critical-thinking New Jersey Assemblyman Jamel Holley. During the January protests, Holley joined the relentless rally at the State House and emerged as a strong advocate and leader against New Jersey’s legislation.

“I have been in the state capital for 20 years and never before in my life have I seen so many people advocate on one issue.”

One thing about government legislation as it becomes more authoritarian: The public begins to clearly see the direction things are headed and who’s directing it. Increasing numbers of legislative representatives are now listening to their constituents and taking decisive action.

Holley echoed many parents in America:

“When you talk about religious freedom and people’s opportunity to protect themselves and their body…the government is really overreaching.”

Speaking specifically about what happened in New Jersey, Holley added:

Well, it appears the multi-pronged attack on American parents and communities—instigated and driven in-part by Big Pharma, heavily lobbied government officials, and low information legislatures—is being challenged with a slew of new bills in numerous states across the nation, which favor medical freedom. 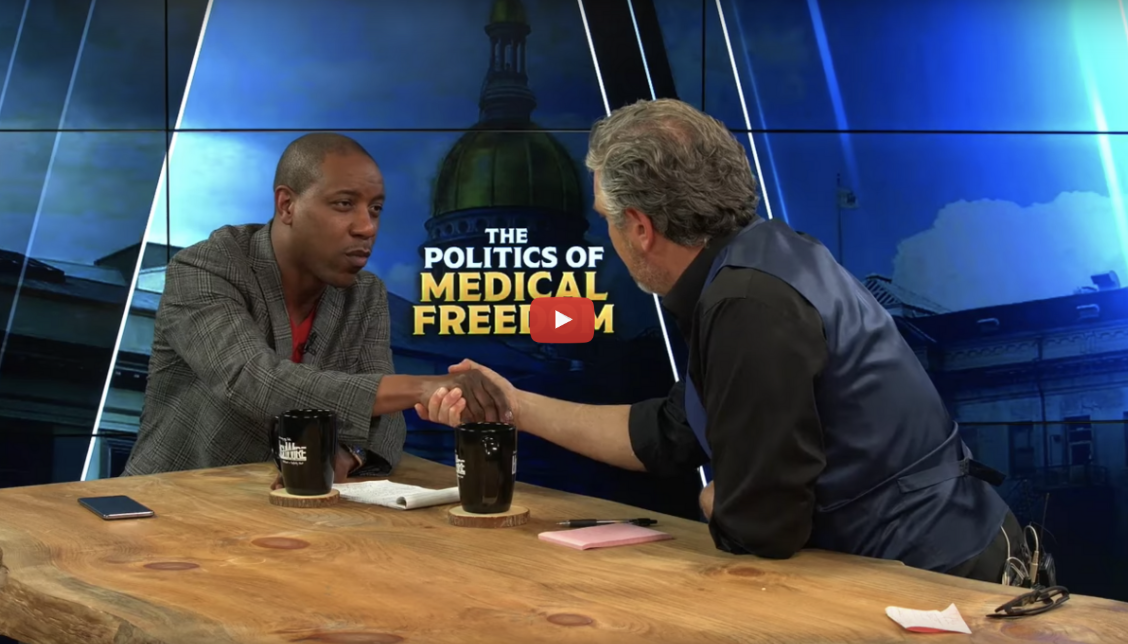 Citizens Are Standing Up to Big Pharma, And Legislators Are Listening

A few politicians who’ve recognized the vaccine push have introduced countermeasures in the form of a ‘Parents Bill of Rights.’ In January, Colorado Representative Rod Pelton introduced HB20-1144 which aims to establish a parent’s bill of rights. This family-and-freedom-supporting bill puts parents in the driver’s seat to direct the upbringing, education, and health care of minor children – the new advertising target for Big Pharma’s injectable product lines sans parents.

Also filed in January: A bill by Florida Senator Kelli Stargel which cements the parent as primary decision maker for their child’s health decisions.The legislation includes language specifically exempting them from immunizations, if the parent so desires. Failure to comply would levy “administrative fines” on violating health care facilities, and “disciplinary actions” for individual health care practitioners.

The State of North Dakota provided a legislative example, rooted in the idea that an individual owns their body, and parents are responsible for any direct health decisions regarding their kids.

“The bill repeals all vaccine mandates in the State. South Dakota would be the first U.S. state to have no vaccine mandates at all, joining other governments like the U.K., Japan and Canada, in uncoerced vaccine decision making. But the bill goes even further. It ends medical mandates altogether.”

Since the vaccine culture war is fought on multiple fronts, with propaganda a significant weapon in Big Pharma’s arsenal, increasing online censorship has seeped like a fungus into Americans’ lives. Big Tech social media platforms, using the catch-all term’ misinformation,’ are at war with reality.

Multiple techniques are employed to block the reach of, or completely censor, information that flies in the face of ignorant and insulting ‘safe and effective’ ‘science is settled’ talking points crafted by Big Pharma ad agencies to move the goalposts away from the inconvenient truth about their dangerous product lines.

The bill explains in its preamble that Florida has “an interest in helping its residents enjoy their free exercise of rights in certain semi-public forums commonly used for religious and political speech.” It takes an interesting angle of individual empowerment stating:

In an inversion of 2019’s Big Pharma friendly legislation, New Jersey is now attempting to establish itself as a national leader in laying the groundwork towards proper vaccine safety, with a proposed bill that seeks to establish a children’s vaccine adverse event reporting system. The current vaccine adverse events reporting system (VAERS), has repeatedly been shown by many to be severely limited, at best. In reality, VAERS is probably long broken.

New York is in the middle of a legislative war for the medical, religious, and parental rights of families. In an attempt to checkmate a California-like move on physicians practicing in the State, New York has a bill seeking to protect state physicians who write medical exemptions to vaccination.

According to the Medical Board of California, 2019 saw a record 104 complaints regarding its physicians improperly writing vaccine exemptions. 49 cases have been closed, while 55 still pending – up from one [Dr. Robert Sears] in 2015.

Hawaii is unique, as its forced/coerced vaccine legislation over the years has irrefutably crossed the line. Hawaii’s laws trample the sovereign rights of Indigenous Hawaiian People, which are guaranteed by the United States Government. They’re also protected by the United Nations Declaration on the Rights of Indigenous Peoples and the Universal Declaration of Human Rights.

In 2019 Hawaii Governor Ige signed changes to Hawaii Administrative rule HAR 11-157, mandating all ACIP-recommended vaccines and restricting medical exemptions. The State’s citizens are fighting back with HB 2459, which would add a conscientious and religious exemption for children and adults, while also broadening the criteria for a medical exemption.

Several states are attempting to enact vaccine consumer and informed consent protection acts. Colorado, Pennsylvania, Washington State, Iowa, and West Virginia would all work in their own ways to lessen discrimination against patients while strengthening patient’s rights – with some enacting monetary penalties and revocation of licensure for violations.

The United States has made headlines for the wrong reasons in the recent past, as the developed nation with one of the highest infant mortalities. According to the U.S. Centers for Disease Control and Prevention, sudden infant death syndrome (SIDS) is a leading cause of infant death in the U.S.

In both New Hampshire and Iowa, SUID’s would require the medical examiner to adhere to rules and steps to document and investigate the role vaccine(s) may have played.

We aren’t even two months into 2020, and there is a battle raging on both sides of the so-called ‘settled’ vaccine debate. The future trajectory of vaccine legislation and its accompanying culture war is being decided right now, in real-time, history literally in the making.

If you have been on the sidelines waiting to act, now is the time to enter the arena and become part of the invigorating and animating contest of freedom.

It is one of the most exciting and engaging times to be an American as perhaps a new ‘Greatest Generation’ comes into its own. History is being written right here, right now. Don’t you want to be a part of it?